Hitachi and Metabo HPT are they the same or different?

Hitachi vs. Metabo HPT what is the difference or are they both the same?

Hitachi Power Tools changed their name to Metabo HPT in 2018. After this happened, Metabo issued a statement saying this doesn’t affect them at all.

So, Hitachi Tools has been Metabo HPT for nearly 4 years now.

Hitachi’s name change was necessary. As KKR acquired Hitachi Koki from the Hitachi company in 2017, their continued use of the brand name was governed by a licensing agreement.

Under a licensing agreement, Hitachi – and not Hitachi Power Tools – would have final say on the tools and products that could bear their name. Long-term, this could only hamper things. So, a name change allowed for freedoms outside of external limitations and controls.

In some countries, Hitachi Koki became known as HiKoki. In Australia, they became Metabo HPT.

Those “in the know” understand the distinctions, but 4 years later, it’s obvious there are still a lot of confused buyers of the two brands.

Also touching on Metabo HPT and Metabo, the two brands of cordless power tools are NOT compatible with each other – they both have completely different battery systems. Weird right?

Is Metabo HPT a “lower grade tool?” Absolutely not.

Like most professional tools brands, such as Bosch, Dewalt, Makita, and Milwaukee, Metabo HPT or Hitachi have different tiers of tools, ranging from entry-priced to premium.

I can’t speak as to which brand is definitely more popular, but I would guess Metabo HPT, given their broader distribution, visibility, and a seemingly greater focus on the Australian market.

Metabo HPT has been moving forward over the past few years, with new and high-performing tech, and definitely not “lower grade” offerings.

More From 48 Tools:
view all

Some text in the modal.

AND RECEIVE A FREE STUBBY HOLDER.

*Does not include postage. No promo code needed. 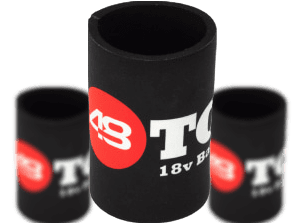